FacebookInstagram
Get Info
A Passion for Native Plants 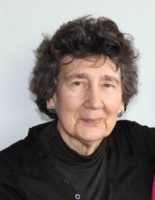 Native plants are a passion of mine.  It began about 20 years ago after visiting the Butchart Gardens in Victoria, BC.  Even though the gardens were filled with beautiful blooming flowers, they were all mass plantings of flowers I could see is any garden in the US.  Variety and diversity were missing.  Shortly after returning home, Colorado was experiencing a severe drought.  We live in a high dry steppe environment, the average rainfall in Arvada is less than 18 inches of rain a year.   Plants need to withstand periods of drought and extreme temperature fluctuations.  It can be 70 degrees in the morning and 30 degrees a night.   This spring has been cooler than normal, it snowed several inches on May 21st.  My neighbor has replanted her vegetable garden three times.  Native plants have adapted to these conditions. 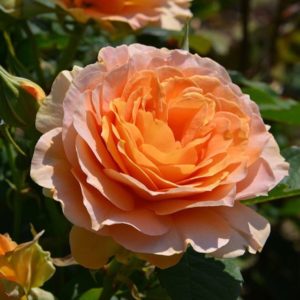 A colleague and I taught a native plant class master class at Red Rocks Park.  The class is sponsored by Colorado State University Extension Service to promote knowledge and appreciation of native plants.  It began the first week in May.  The chokecherries (Prunus virginiana) were in full bloom and filled the air with a pungent sweet aroma.  Boulder Raspberry (Rubus deliciosus) shrubs were bursting with showy large white flowers , the Golen Currents (Ribes aureum) and Wax Currents ( Ribes cereum) were bursting with an abundance of small yellow trumpet flowers a favorite of humming birds and delicate pink flowers that hung below waxy crenulated leaves.   We identified over 50 flowering plants over our 3 week class even though we had to extend the last class to a forth week due to a snow on the second week. 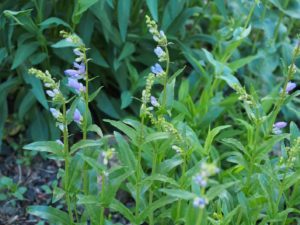 Other than exposing the public to the wide variety of native plants that would work well in gardens, the native plant classes study the harmful effects of noxious weeds.  The state maintains a list of these plants that out compete native plants for habitat.  Weeds form monocultures and deprive native insects of their host plants and food sources, resulting in fewer insects and less food for birds, butterflies and bees. Many insects have specifically been adapted to feed and reproduce on native plants. When these plants are destroyed by weeds, development, or European garden plants the insects starve and fail to reproduce.

Several years ago I read Bringing Nature Home by Douglas Tallamy.  He documented the benefits of including native plants in home landscapes because he was alarmed by the decline in insect populations.  The book had a profound effect on me and I decided to begin replacing plants in my yard with native plants.  Over the years I planted more native shrubs, more native flowers, and grass.  (You can see some of them at https://photos.app.goo.gl/9XmzuQq5CvLQLmry7.)  Like many people in the metro Denver area we have a rabbit problem.  Some native plants are unpalatable to rabbits and can survive the overabundance of this pest.  This is especially true of sages, mints, penstemons, and buckwheat (eriogonum) varieties.

Part of a sustainable philosophy is to promote the preservation of our natural environment.  Native plants are important to the health of our native insects and animals.  They provide diversity, beauty and interest to communities.  Many of these plants are drought tolerant and can survive even an occasional hail storm.   Ralston Creek Cohousing is committed to include native plants in our landscape by planting native plants that will help pollinate our food crops and attract wildlife to our site.