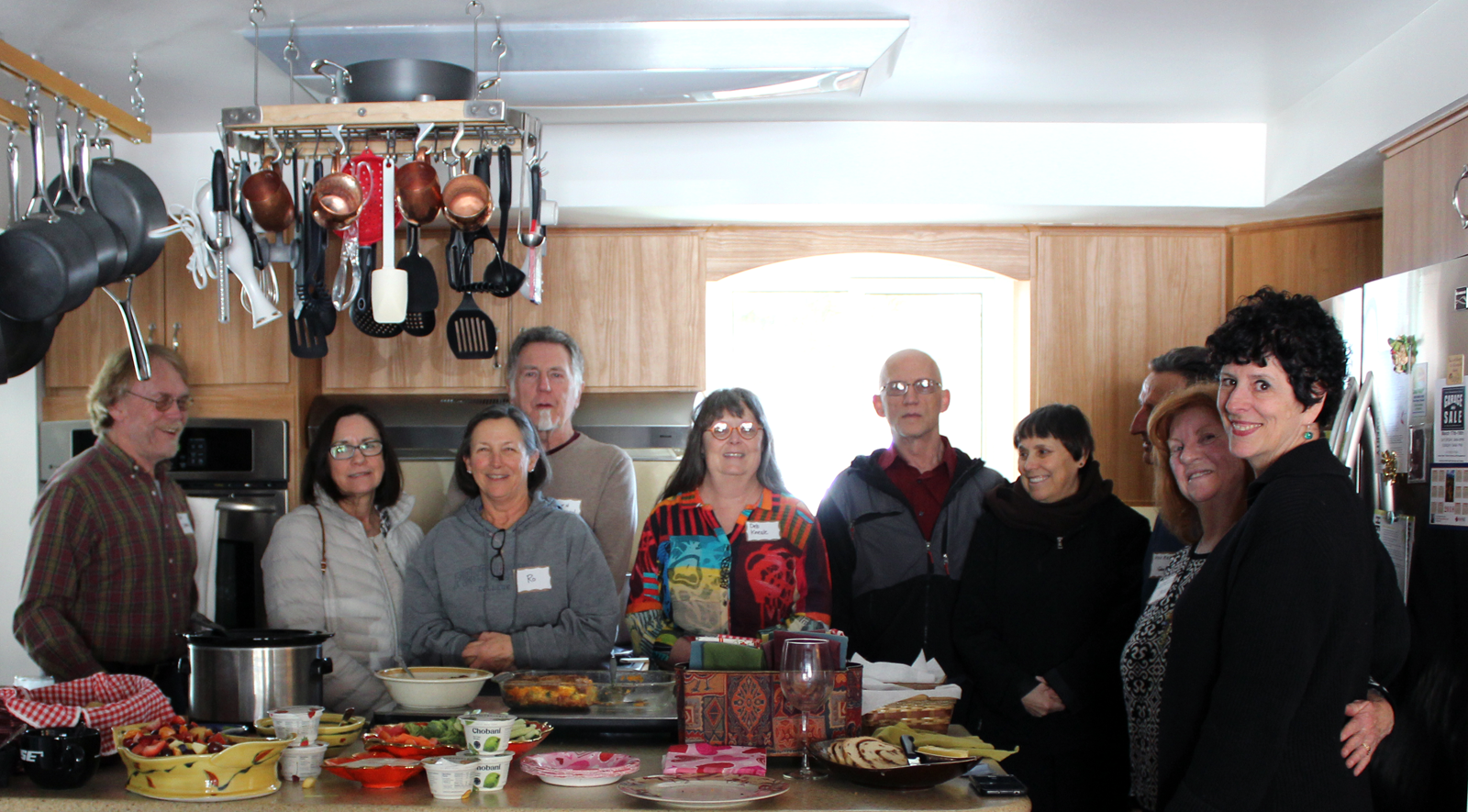 We did not know we wanted to meet each other but here we are, creating an intentional community where decisions come from the collective genius of its members talents and experiences. Ralston Creek Cohousers are a group of people who ended up with a common vision. 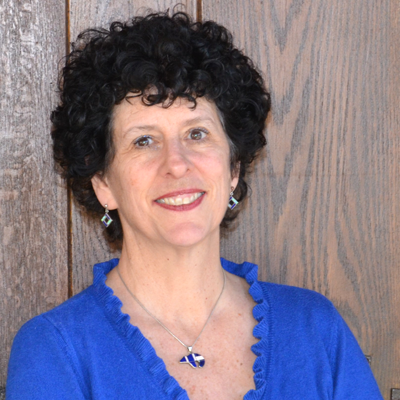 I am a nurse-midwife with four sons, but I have never been pregnant. I have one of those newfangled families, so you’ll just have to ask me for the details. I have practiced obstetrics and public health nursing in New York City, Los Angeles, Nicaragua, and Denver. Now I teach nurse-midwives and nurse practitioners on the web. I live in Colorado, but my students and colleagues live all over the US, and sometimes beyond! I enjoy sewing, reading, and movies, especially superhero movies. I love that Wonder Woman got her own movie. Finally! I like to go out to eat with the kids and grandkids. Most of all, I like to snuggle with my spouse (Bob Clemans) or our cats. The kids, the grandkids, the cats, and I all agree that Bob is the best backscratcher ever.

I can’t wait for the Gatehouse to open and I can move in with the rest of the Ralston Creek CoHousers! We have been working with Norbert, our developer, watching him create a walkable, sustainable community of new neighbors and friends for me to meet.  Read More… 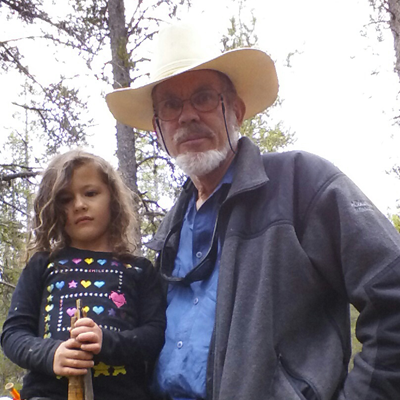 I am retired now, and I spend lots of visiting friends, traveling with my wife (Tori Baker), and hanging out with our 6 grandkids. Before I retired I had an interesting career, where I developed an ecological consulting firm, taught high school, supervised a biological pest control lab, and managed data and made maps for the US Forest Service. I love to hike, hunt, and fish. I have taught hunter education to Colorado’s youth for more than 30 years. I am building a muzzle loading rifle to shoot at competitions held at reenactments of mountain man trading rendezvous.

The sustainability technology of Geos fascinates me. I hope that our community built on leading edge technology will provide leadership in Colorado and beyond for low impact living. I look forward to working with others over the years as Ralston Creek and Geos roll out into a global example of a walkable, sustainable neighborhood. 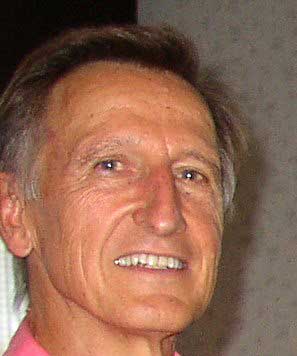 I have had the great fortune to bring together my passion for sustainability and community with my skills as a businessperson and an engineer. I worked in international business for 25 years. Then I began to design low-impact housing developments, starting with a resort in Western Samoa. I followed my son to Colorado nearly 20 years ago, and I love the outdoors opportunities to bike, hike, and ski. I have been contributing technology to co-housing and single family developments in Colorado for the last 15 years. The Geos Neighborhood in Arvada is my vision of a Smart Living Community thriving sustainably, with healthy homes and residents. Having grown up in Austria, I value a close-knit community, where everyone walks to friends, family, and services. Ralston Creek CoHousing already feels like home. We members embrace sustainability, walkability, and community. We design for the greater good, and each of its parts shines.

Jim grew up in Phoenix, AZ after his family moved there from Ohio in 1963. He graduated from Northern AZ University (NAU) in 1979 and entered the USAF in 1980. After military service, he went to work as a pilot for American Airlines in 1986. Isabel (who was born and raised in Trinidad, CO and is also a graduate of NAU).  She and Jim were married in 1995 and continued to live for a short time in Arizona until moving to New Hampshire in 1998. They continued living there until he retired from American Airlines in 2016. They purchased a lot in Pucón, Chile in 2006 and built a net-zero home there in 2016.They are currently living in Chile and are looking forward to having the best of both worlds by having a co-housing residence (which resonates with our Earth-friendly lifestyle!) in Colorado to be near friends and family living in the Denver area. 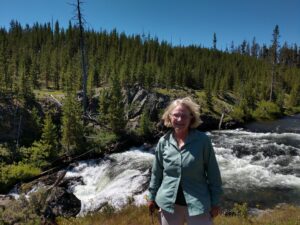 In her role as an Accredited Interim Minister in the Unitarian Universalist Association over the past twenty years, Barbara Coeyman has lived in many areas of this country: in Muncie IN; Lancaster PA; Reston VA; Carlisle PA; Salt Lake City UT; Littleton CO; Stony Brook NY; Bridgewater MA; Portsmouth NH; Austin TX; and Portland OR. Prior to ministry she was based in Pittsburgh PA. After graduating from Austin Presbyterian Seminary in 2001, she briefly also served as staff chaplain for Planned Parenthood of the Texas Capitol Region.

Before her life in ministry, Barbara was Professor of Music History at West Virginia University, where her interests included Baroque music, women’s studies, and early music performance. At WVU she also worked in academic administration and completed a Master’s degree in Public Management at Carnegie Mellon University, learning which comes in very handy in ministry and many other arenas of life.

Barbara continues to follow her passion for history, now in the subject matter of liberal religion. She volunteers in several organizations dedicated to preserving the history of Unitarian Universalism and she loves planning and running history meetings and conferences, online and in person. For the past ten years Barbara has also been actively engaged in the Center for Courage and Renewal, an institute based on the writing of Quaker Parker Palmer which promotes deep listening and compassionate communication. As a credentialed facilitator, she leads workshops and retreats following the program “Circles of Trust.”

Barbara enjoys hiking, skiing and other outdoor activities; environmental activism; needlework; playing music; and social dancing, particularly contradance and English Country Dance. She has two children, Patrick, of Austin TX; and Amanda, who is married to Abbey. They have one child, Danny, and currently live in Aurora CO.

Next Steps…
Ask a question. Meet with us or take a tour.